I am a huge fan of Pam Hogg. Everything about her designs scream that rebelliouness London fashion has been historically known for in the fashion week circles.

Last season, her autumn/winter was all about childhood tales gone a bit wrong and the story telling on the catwalk was just fantastic.

This time, for summer, I am not disappointed. Lawless does what it says on the tin: wild west, with added psychedelic and punk rock elements, of course. 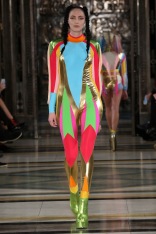 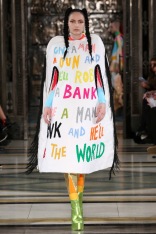 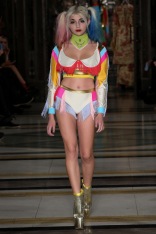 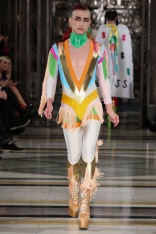 The fringed, colourful spandex leotards opened the show with a bang. The catsuits and studded wonders that follow, in white, did not disappoint. Also, props to the 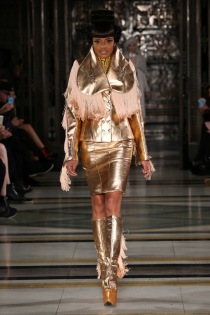 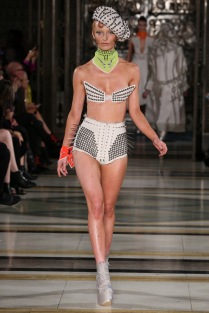 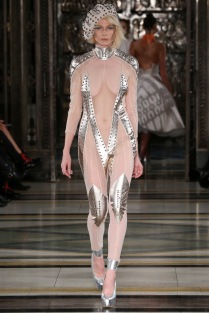 After that, leather and velvet prevailed and there was a studs galore. Oh, and spikes. Hello spiky pants. 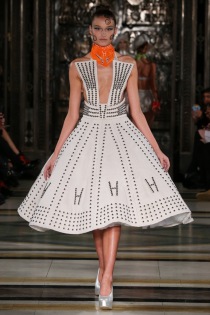 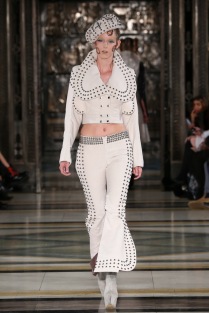 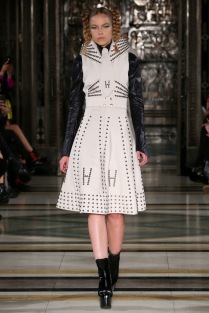 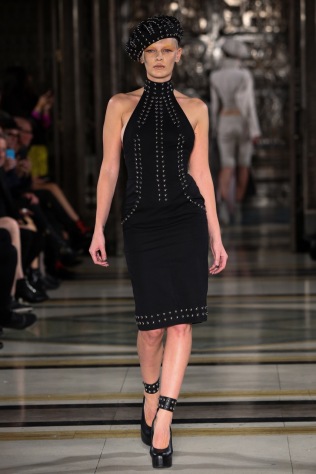 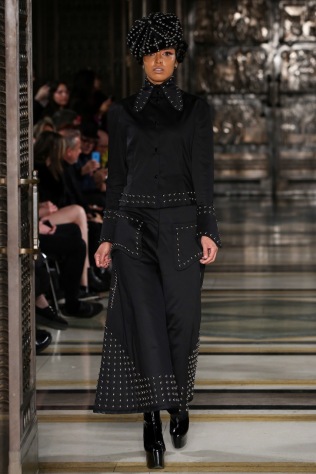 Constructed feminine looks in tough materials always give that rock ‘n’ roll edge. The accessories – huge studded berets, made a steady appearance throughout the looks.

Duster coats, big skirts, metallics, co-ords, P H initials dotted about… all there, working together within the theme, the season and Hogg’s trademark style. 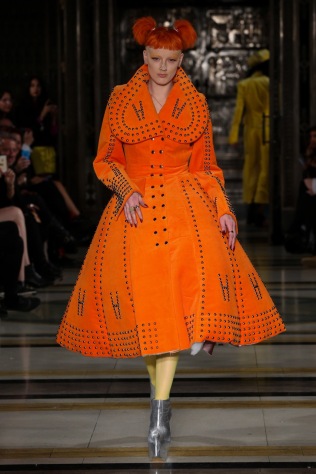 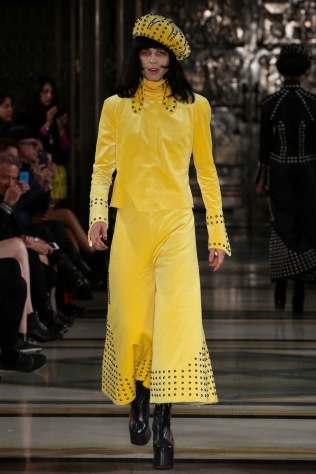 And to the end of the show, colour – bright yellow and orange, including male culottes.

One thing to point out is the fierceness of the models and the what I can only describe as fabulousness of the crowd. The show felt almost like a concert or performance, with people cheering at every design and/or put their hands up when the music changed.

Personally, I feel that this collection brings more wearable pieces than the last, even though I enjoyed that show more for its story.

Makeup was full lid colour, blue, more predominantly, with over the brow colour, a mustard yellow, as if a cat-eye mask for the ladies and as full socket, in rust, like an indigenous stripe, or a little bit zombie-ish for the men. Lips were mainly clear and glossy.

Quite pretty, may I say, and just enough not to detract from the detail rich designs. 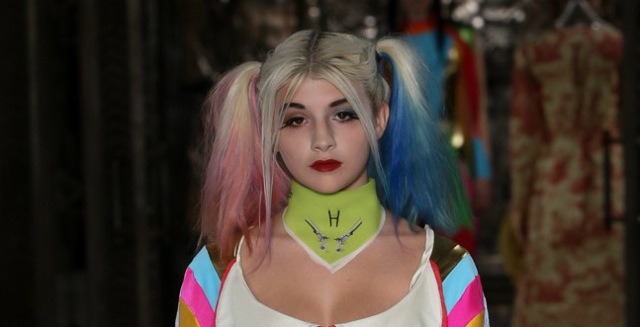 There were a few individual tweaks, and the most visible one was the, in my view, Death Squad’s Harley Quinn reference; dip-dyed pig tails in pink and blue and crimson lips, with eye shadow colours following the hair dye.

Nails were dip-dyed, having black, worn-out tips. Hair varied hugely, but I am particularly fond of the set curls. Pretty.

Bandit bandanas and oversized studded berets were the accessories of choice.

Shoes were high. The sky scraping platforms came in round toe courts and boots, mainly in metallics and patent. 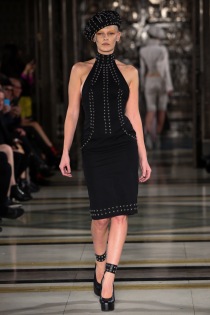 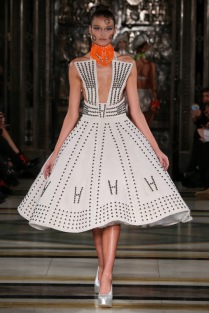 Must say, her designs are not for the faint hearted, and I love Pam Hogg for it. My favourite piece? A “little” black dress I’d wear NOW. And the full skirt white dress.

Oh, ok. Maybe the spiky hotpants and “wings” bra. Because why not? 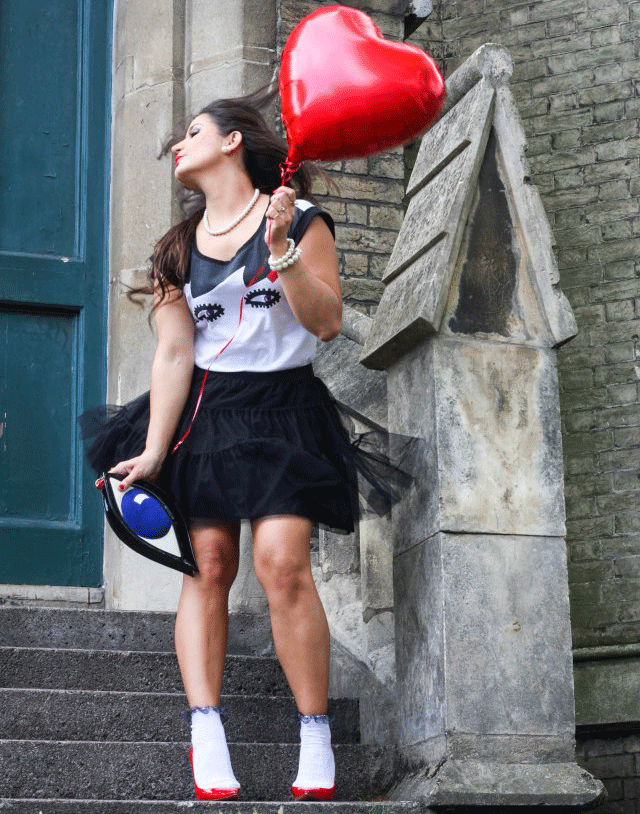 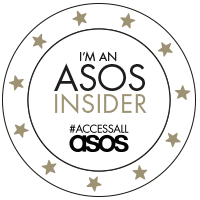