Those who know me can confirm I am not one to pass the opportunity to dress up. I LOVE dressing up. When I do it, I go all out; no point in being half-hearted, right?

A friend threw a house warming party with an American All Stars theme (clearly you MUST dress up, at least in my head), so when I asked if it was fancy dress and she said not necessarily, my heart sank. But I didn’t give up and decided to create a look that wouldn’t be too costumy and would still get on with the theme. 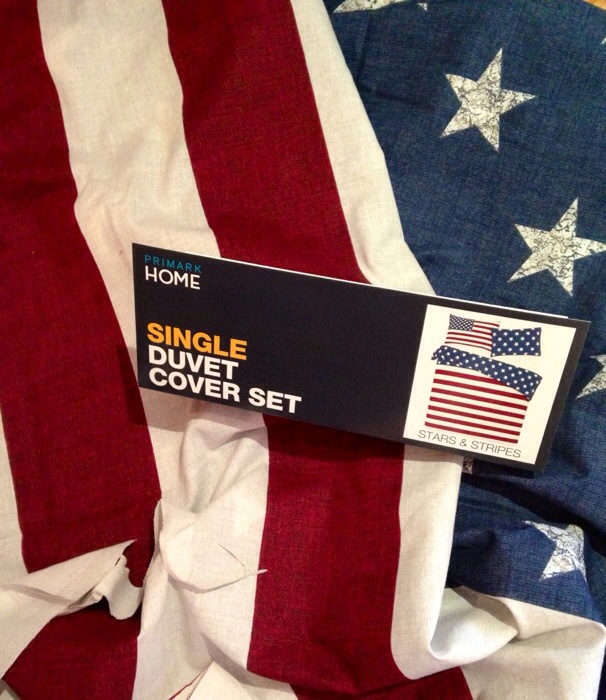 I thought characters, pop stars, fashion icons… but all seemed a bit too much. So I remembered I saw an American flag duvet cover at Primark and decided to get the sewing machine out and create something.

Quickly I settled for a pin-up look, abusing of one of my favourite trends of the past couple years – the full skirt. Using a skirt from New Look as a guide, I cut through that duvet cover (I bought a single, for £10 and had plenty of fabric).

I decided to make it half-stars and half-striped, so positioned my skirt on the fabric in a way I’d get the right cut. I then sewed the middle front and left some space at the top at the back for the zip. I hemmed it and made a strap out of a red stripe for the waistband, which I applied to the waist. I decided I couldn’t be bothered with a button, so made the waistband a bit longer to tie up in a pretty bow. 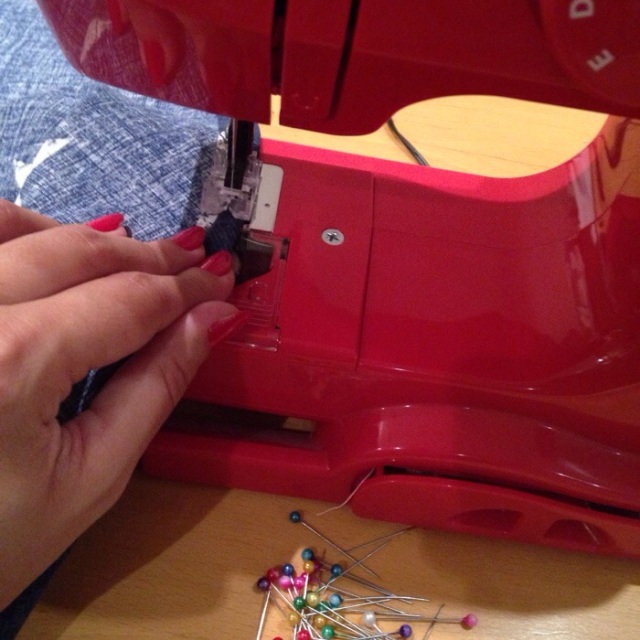 Then I placed an invisible zipper at the back (not that invisible, think this was my first zipper application EVER!) and finished with some hand stitches at the bottom as I couldn’t find one short enough.

The perfect accompaniment for my girly skirt could only be a crop top. As the patterns on the duvet were too big, thus being lost in such a small garment, I used the pillowcase, which had a full flag on, and also went for the half-and-half look.  I cut the front panel as a long rectangle and hemmed it, top and bottom.

I cut 90 degree triangle shapes for the back ties and hemmed them, sewing to the sides of my rectangle.  Again, I decided to make it a tie-up top as I couldn’t be bothered with buttons! Lame, I know, but the party was on Saturday and I bought that duvet cover on Thursday evening! 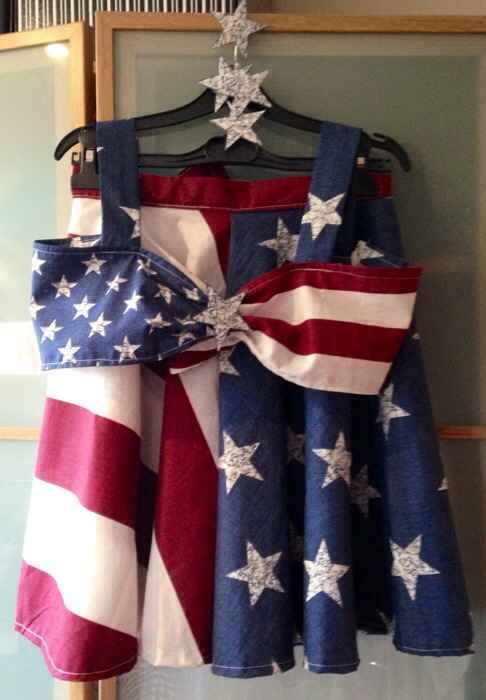 Then I made the straps from starry fabric and applied to the front.  Next, I changed my mind from having a halterneck so sewed it to the back too.  Then I made a final strap to tie up the front and create that gathering bikini effect.

Finally, I cut five stars from the starry fabric, hot glued on fine cardboard (from the duvet packaging!) and glued them each to a hair clip. One of them ended up living on the top, to conceal the front gathering!

The whole process took me, altogether about 3-4 hours. I cut the skirt and top on Thursday eve, and finished it off after work on Friday – and was done before 9:30! 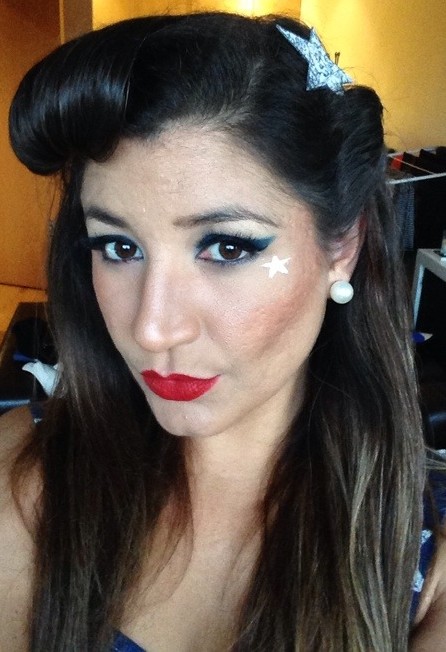 For my hair, I created a victory roll-esque at the fringe and a smaller roll on the other side, and placed two stars on each side.

Makeup consisted of blue eyeshadow (YSL palette) and a very long feline flick (Eyeko Skinny liner) and fluttery lashes (Salon Professional). I then added a little white star by my left eye. of course, Russian Red on my lips. 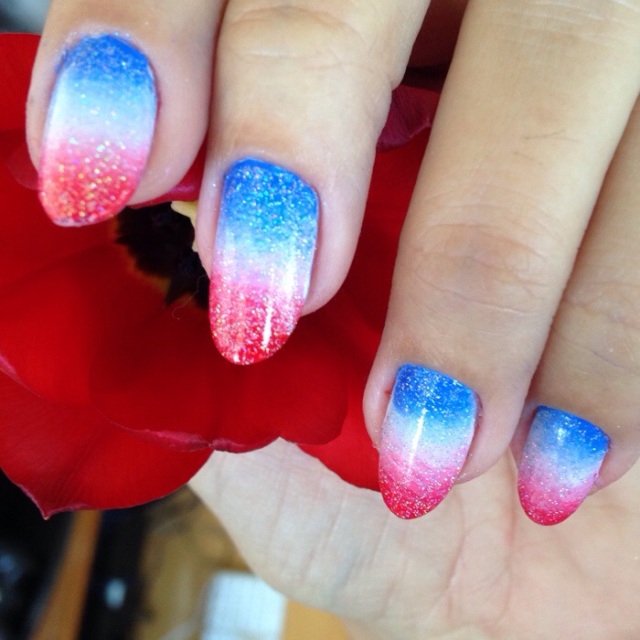 I did my nails on a blue, white and red gradient on Saturday and voilá – look is complete!

Oh, I added some blue pointy toes courts shoes from Aldo and a little bag in the same colour!

What do you think? Do you enjoy making things?

3 thoughts on “Costume making in stars and stripes”